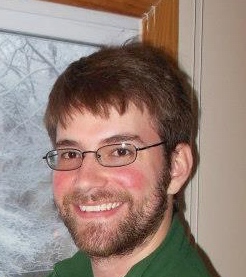 My nephew Thomas is finishing law school at Regent University here in Virginia Beach. He comes over every week or so for a home-cooked meal and conversation.  A kind and thoughtful young man, he likes to help people when he sees they have a need.

This week he told us about an elderly neighbor whose garbage disposal had stopped working. Since she seldom used it, she decided to have it removed.  The price the plumber quoted was very high, and she lamented the cost. Thomas jumped into action and pulled out the old disposal and replaced it with new piping. All he wanted was the cost of the supplies, but the woman gave him a little extra.

This woman also had a lightbulb that had burned out. I don’t remember what room the bulb was in, but it had been out for some time, and she had been walking around in the dark. That made me think about how I would cope with that situation if my husband weren’t here to rescue me.

I would never be able to change the lightbulb at the top of the stairs. It would require hauling a ladder from the garage and up the stairs. I couldn’t manage that. Nor would I be able to climb that ladder and figure out how to get the cover off the light. I made George promise me he’d never leave me because I need him to change lightbulbs.

Seriously, though, how do elderly people cope with burned out lightbulbs high up in ceilings? We need more kind and thoughtful people like Thomas. Maybe you could be a Thomas for your elderly neighbor.

I am a writer, wife, mother, and grandmother who thinks you're never too old until you're dead. My inspiration is Grandma Moses who became a successful artist in her late 70's. If I don't do something pretty soon, though, I'll have to find someone older for inspiration.
View all posts by Coming East →
This entry was posted in Just Blogging and tagged acts of kindness, aging, community, family, home, life, personal, women. Bookmark the permalink.