Supergluing My Life Together

He studies the directions on the package of frozen vegetables.  “Cook for 3 1/2—5 minutes.” How do I know how long to cook it? he thinks.  “Put on a microwaveable plate,” it says.  Aren’t all our plates microwaveable? he wonders.  I have to tell him the best plate to use.  I watch as he stirs the beans with a stainless steel spoon in my non-stick pan, and I cringe.  Should I say something?  I decide I have to.

“Honey, could you please use a wooden spoon to stir those beans with?  That spoon will scratch my pot.” He quickly apologizes and exchanges spoons, and I almost wish I hadn’t said anything.  He is trying so hard to negotiate this foreign territory, as clueless in the kitchen as I am when it comes to cars or finances.  This broken foot of mine has made him my caretaker, and he does his job tirelessly and painstakingly, without a word of complaint. Without so much as a sigh. I hate to see him work so hard, but I need him, so there’s not much I can do. Besides, it’s not like he hasn’t always taken care of me. This is just in a slightly new arena for him. The fact is, my husband has been supergluing my life together for a long time.

Over these more than forty years of being married to me, my husband has used a lot of tubes of Superglue. Not long ago we headed to the hardware store for yet another multipack of Superglue after I accidentally dropped a little angel I was trying to get out of harm’s way when we were removing the wallpaper in the kitchen. Unfortunately , I was harm’s way when it slipped out of my wet fingers and cracked across the angel’s face. I picked up the two pieces and nearly cried because the angel had been a gift from my brother and sister-in-law when they returned from Italy. But then I remembered the superglue and said to my husband, ” You can fix this, can’t you?” It was more of a statement than a question. And he did fix it so well that you can hardly tell that it was ever broken. My little angel’s nose just seems a little out of joint, but I think that’s the way with most angels, isn’t it?

Over the years my husband has glued back together another angel’s wing, my grandmother’s fruit bowl, which was quite a feat because it was in about ten pieces, a beautiful Delft crocus bowl, the lid to a prized cookie jar, and a host of other items that are special to me. But more than things, my husband has held me together over the years when I have felt broken into tiny pieces.

Many times people have asked me how we’ve maintained such an intense love for each other for so long. They joke and say I should write a book on the secret. I would make a killing. I don’t know the secret, and I have no answer for them other than to say, “We’re madly in love with each other. That’s it.”

I hate that I’m so helpless and need so much from him. I like being the one who takes care of him, or at least I like doing my fair share. Before I got married, I went to a Bible conference with my mother and went to a lecture on “How to love your husband.” I have never forgotten what the lecturer said about marriage. “Marriage is not a 50-50 proposition,” she said. “It is about giving 100%, even when your partner can’t.” Well, this is the time I can’t give my 100%, but my husband is more than making up for it.” He is, has always been, and will always be my hero. 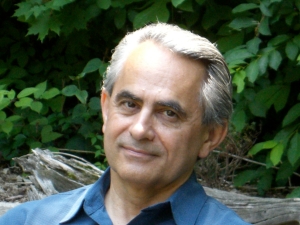 I am a writer, wife, mother, and grandmother who thinks you're never too old until you're dead. My inspiration is Grandma Moses who became a successful artist in her late 70's. If I don't do something pretty soon, though, I'll have to find someone older for inspiration.
View all posts by Coming East →
This entry was posted in Favorite posts, Just Blogging and tagged home, Husbands, life, Love, marriage, personal, relationships, women. Bookmark the permalink.

50 Responses to Supergluing My Life Together