Yesterday’s post made me think of Thomas Gray‘s poem “Elegy Written in a Country Churchyard,” especially the following stanza:

The boast of heraldry, the pomp of pow’r
And all that beauty, all that wealth e’er gave,
Awaits alike th’ inevitable hour.
The paths of glory lead but to the grave.

It’s a sobering fact that we all come to the same end in the end.  Here are some graves of notable people and one who is notable by the witness of his life.

Paul was buried in the Granary Burying Ground in downtown Boston

Sam is buried near his buddy Paul. Oh, and he makes a pretty good beer. At least, we New Englanders like it.

Emerson lies near Thoreau in Author's Ridge at the Sleepy Hollow Cemetery in Concord, Massachusetts 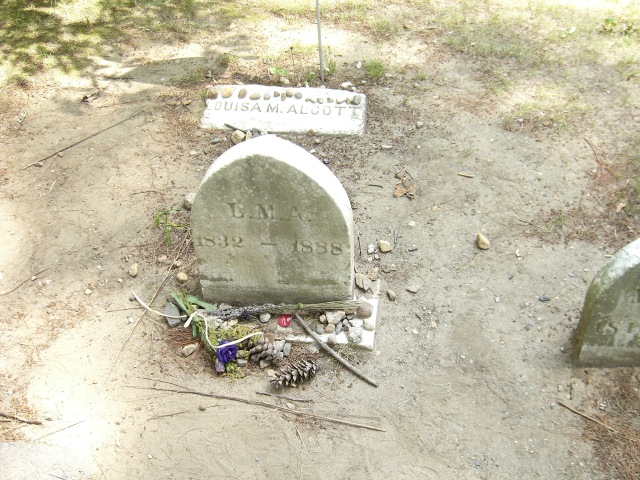 Louisa May Alcott's grave on Author's Ridge. I used a picture of her grave in an earlier blog, but this is a different view. 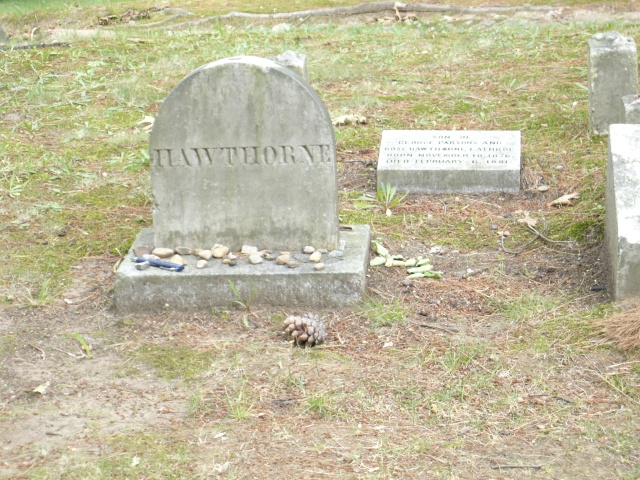 Hawthorne is in good company on Author's Ridge.

At Monticello in Charlottesville, Virginia

Final resting place of John Paul Jones, the Father of the American Navy, at Annapolis, Maryland

I snapped this of Longfellow's grave last weekend at Mt. Auburn Cemetery in Cambridge, Massachusetts

This last one is one of my favorites.  I found it on a hill in a little church cemetery in Concord, Massachusetts.  The gravestone is very faded and difficult to read, but I wanted you to know what it says:

God wills us free.  Man wills us slaves.
I will as God wills.  God’s will be done.
Here lies the body of
JOHN JACK
A native of Africa
Who died March 1773 aged about 60 years
Tho’ born in a land of slavery
He was born free.
Tho’ he died in a land of liberty,
He died a slave,
Till by his honest tho’ stolen labors
He acquired the source of slavery
Which gave him his freedom,
Tho’ not long before
Death the grand tyrant
Gave him his final emancipation
And set him on a footing with kings
Tho’ a slave to vice
He practiced those virtues
Without which kings are but slaves.

(The last four lines are compliments of blogger Rob Pedley who was able to read them when my trusty magnifying glass failed me.)

He must have been quite a man. I would like to have known him.

I am a writer, wife, mother, and grandmother who thinks you're never too old until you're dead. My inspiration is Grandma Moses who became a successful artist in her late 70's. If I don't do something pretty soon, though, I'll have to find someone older for inspiration.
View all posts by Coming East →
This entry was posted in Just Blogging, pictures and tagged Boston, Cemetery, Concord Massachusetts, Granary Burying Ground, graves, Henry David Thoreau, John Paul Jones, life, Massachusetts, personal, photography, Pictures, poetry, Thomas Gray. Bookmark the permalink.

23 Responses to Speaking of Graves…