A Piece of History

My brother has delved into our genealogy extensively and found many interesting people in our ancestry.  For instance, we are a direct descendant of one of the men who planted the Union flag at the top of Lookout Mountain in Georgia during the Civil War.  Another one of our ancestors fought alongside General George Washington during the French and Indian Wars.  However, if you were able to compare our DNA with our ancestors, we wouldn’t share any more of it than we would with perfect strangers.

Two summers ago we went to Monticello, Thomas Jefferson‘s home in Virginia, for the first time.  He was an avid gardner, and the gardens there are still magnificent.  Most of the plants are “descendants” of the original plants Jefferson planted.  Seeds were gathered and replanted, the next season’s seeds were gathered and replanted, and so on and so on.   They sell these seeds in their gift shop at Monticello, and we purchased a packet of Blackberry Lily seeds and planted them in our courtyard.  The next summer, a few scraggly plants came up, but no flowers.  This summer, however, we were rewarded with a host of flowers from Jefferson’s seeds, and what I find amazing is that, if you were to compare the DNA from these flowers in our garden to the flowers that were growing in Jefferson’s time, it would be the same.  Wow!  I have a piece of history!

In honor of our July 4th, Independence Day, holiday and of Thomas Jefferson, the author of our Declaration of Independence, I’m sharing these pictures of Monticello and our blackberry lilies. 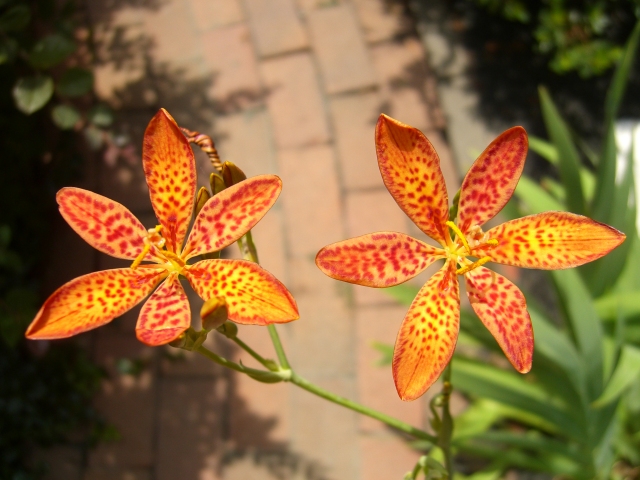 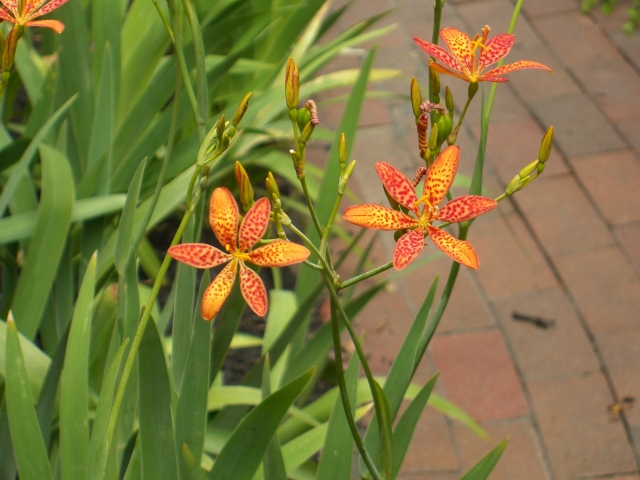 Blackberry lilies are actually members of the iris family 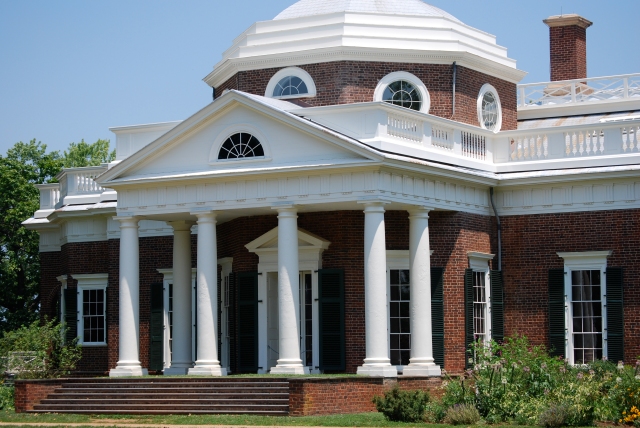 I am a writer, wife, mother, and grandmother who thinks you're never too old until you're dead. My inspiration is Grandma Moses who became a successful artist in her late 70's. If I don't do something pretty soon, though, I'll have to find someone older for inspiration.
View all posts by Coming East →
This entry was posted in Just Blogging and tagged Declaration of independence, genealogy, Independence Day, life, Lookout Mountain, Thomas Jefferson. Bookmark the permalink.

18 Responses to A Piece of History